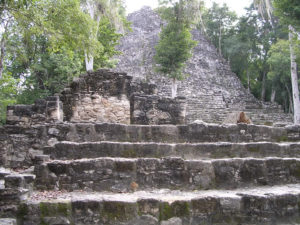 [Track One]
The Overture begins in the Earth’s dark shadow, beneath a field of millions of quietly shimmering stars. One of the stars brightens and descends from the firmament, breaking into seven colors, which eventually touch the ground. Seven pairs of dancers, half in white and half in black, are lying on the ground, and as the light descends upon them, they gradually rise. They dance, very slowly, each half of the pair lovingly mirroring the movement of the other. Their dance grows in intensity, eventually becoming a struggle between erotic desire and aversion, with the dancers in white pushing the dancers in black towards the back of the stage, and turning their backs on them. With great difficulty they pull themselves away from their “shadows” as the Overture plays a last, painfully dissonant chord.

Act One, Scene One: Separation

[Track Two]
The dancers in white wander about the stage in disarray. The music is inspired by the opening chorus of Bach’s St. Matthew Passion, which depicts the experience of humankind’s separation from God, and the suffering inherent in that condition.

[Track Three]
The Patriarch emerges from the chorus, and the women draw back. The men arrange themselves in a semicircle around him, fascinated by his power. The music eventually becomes militaristic and repetitive.

The women of the chorus interrupt this martial tune and sing a tragic melody, expressing their sense of even greater separation. But unable to connect to anything better, the wavering chorus soon finds itself drawing back towards the Patriarch. Their movement is rigid, square. But then its melody evolves towards the erotic/loving motif which also appeared in the Overture. This rouses the shadow-chorus into new life, and on the last note of this melodic development, the music suddenly takes a violent turn as the second chorus explodes onto the stage.

Act One, Scene Two: The Rape 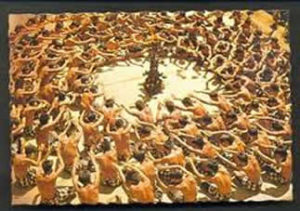 [Track Four]
The second chorus races towards Chorus I while screaming a percussive vocalization (inspired by Balinese monkey-chanting). One by one, Chorus I members escape to the side of the stage, until only one woman, Camilla, is left alone.

Just as the Patriarch emerged from Chorus I, now a male leader, Jabez, emerges from Chorus II and stands before Camilla. Other men hold onto her arms, making escape impossible. Jabez and the other chorus members shed their clothing. The music is by now completely dominated by percussion instruments, which increase in speed and intensity as Camilla is raped. At the climax of the rape scene, the entire chorus clutches their necks and gradually fall to the floor, crawling away one by one.

Act One, Scene Three: In Shock

The conflict between desire and aversion has turned violent, and the walls of denial have been torn down in a crude attempt at reconnection.

[Track Five]
Camilla sits among her torn clothes and bruises in a state of shock, rocking back and forth as she quietly sings her frightened motif. The orchestra plays dark chords reminiscent of the funeral music from Wagner’s Gotterdamerung as she gradually curls into the fetal position.

Then, as the piano showers chords down from the highest notes, Camilla looks at her abdomen and senses the presence of a new life. Offstage, her friends from the first chorus are heard singing their Bachian melody. She sings a somewhat more developed version of her pleading leitmotif, but is met with judgmental rejection by the Patriarch and his chorus.

Act One, Scene Four: Her Rejection 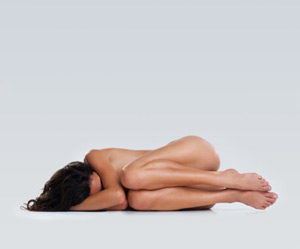 [Track Six]
Chorus I now begins another complex, contrapuntal section, but this time it is imbued with a much more forceful rhythm. The members of Chorus I and their Patriarch are rejecting her because it is through her that the wall between themselves and their shadows have been breached.

She pleads with them not to leave as her leitmotif returns. The entire chorus recounts the horrors of her rape, but this time the music is intertwined with the leitmotif of the Patriarch, whose music eventually dominates and brings under control the passion and power which is momentarily released.

[Track Seven]
Camilla tells them about the new life she is carrying within her, and asks one last desperate time for their acceptance. The music quickly degenerates into an extremely dissonant chord, as they clutch their necks and pull violently away from her. They recapitulate the “Rejection Chorus” from the beginning, but now both the Patriarch and Camilla are singing above the chorus: he, his controlling, rejecting motif; she, her pleading motif.

Finally, one woman, Angela, reaches her hand towards Camilla. As she does, the chorus suddenly becomes quiet and slowly recedes. Soon they are alone together onstage. Angela begins to sing a healing, consoling melody.

[Track Eight]
All of Camilla’s terror and pain rushes out as the organ and piano play at full volume. Finally, Camilla collapses on the floor sobbing as the orchestra plays music reminiscent of Tchaikovsky’s “Suicide” Symphony. 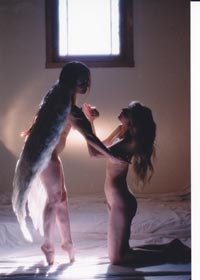 [Track Nine]
Angela stays by Camilla’s side, and returns to the healing, compassionate singing she began before Camilla’s outburst.

[Track Ten]
Camilla and Angela fear the destructive power of both choruses. The lights go on to Chorus I on their left, where Patriarch is handing out spears to his Chorus members. Then, on their right, Chorus II members are frenziedly dancing, briefly celebrating their victory. A solo clarinet plays a motif reminiscent of West Side Story, and Camilla reacts with fear. She also points again to her belly, and the view fades to inside her womb.

Act One, Scene Seven: In the Womb; Dance of Incarnation; Birth 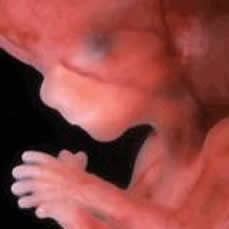 [Track Eleven]
We now briefly leave the stage of human drama and tragedy. Three spirits are beginning a dance of incarnation. A light from our world to theirs draws them across a “bridge” to our world. The second dancer eventually begins to take a dominant place among the three, feeling especially drawn to this new energy. The other spirits dance around him for awhile, showering him with grace, blessings and love. They also enjoy dancing near the material world, coming as close to incarnation as they are going to get.

[Track Twelve]
The new spirit is now alone, beginning to enjoy the new sensations of being in a body, and feeling a rising tide of energy welling up within him. He begins the ecstatic contractions of birth, flowing with a steadily rising current of energy and power. The music is inspired by the Prelude to Wagner’s Das Rheingold.

[Track Thirteen]
Then, the music suddenly becomes dissonant. The lights go up on Camilla and Angela. Camilla does not want this birth. Matthew is feeling his first taste of pain and human suffering. The two begin to fight each other’s movements as the contractions of birth continue to intensify. The dissonant brass fanfare which introduced the rape scene returns, and the lights dim on the new spirit’s struggles.

Now the music becomes fast, tonal, and contrapuntal again, as Camilla struggles with the birth pains and her own conflicting feelings about this new life. The memories of the rape swell up in Camilla’s memory and come alive before her. The music becomes atonal for awhile, and eventually we descend into the hell of the final phase of birth. Matthew is in the fetal position but with his head thrown back, convulsing and feeling the weight of all the earth crushing him. The percussive chants of Chorus II join in with the drums. Suddenly the fetus is filled with rage, and begins tearing and clawing to get himself free. Members of Chorus II, now dressed like demons with tails, begin dancing maniacally around him. Two of the demons wrap their tails around his neck and strangle him as the chorus returns and constructs a viciously dissonant chord. The fetus freezes in terror; the demons disappear in a moment of silence.

The contractions begin again. The lights slowly rise on Camilla, who continues to struggle and fight, but the waves of contractions get so powerful that she is finally completely overwhelmed. The dissonant fanfare returns one last time as the fetus makes its final surge out the canal. The double chorus sings a dissonant, triumphant, surging finale. Angela lifts up baby Matthew, whom Camilla pushes away. The sound of Matthew’s crying is heard; all lights disappear and the field of stars returns.